With a population of just 18 million people, Malawi is a fairly small country. It is among the poorest countries in the world. In the bottom 10 % of the Human Development Index.

And yet it has much to give the world.

When genocidaires in Rwanda started their campaign of wholesale murder in Rwanda in 1994, Malawi sent peacekeepers to join the UN forces there.

When, just a few years later, ethnic tensions boiled over into fighting in Kosovo, again Malawians were among the UN Peacekeepers who helped save lives.

When civil war erupted in the Ivory Coast in 2011, Malawi yet again joined UN forces to help set the country on the road to recovery.

Even today, peacekeepers from Malawi are part of UN’s operations in the Democratic Republic of the Congo and Sudan, saving lives and helping to create conditions for better livelihoods in vulnerable communities.

The UN started operating in Malawi in 1964, and has been a partner to the Government on programmes transforming people’s lives.

Just as Malawi has stood with the UN, the UN has been privileged to stand with Malawi. Most recently, the UN has supported the country as it faces COVID-19. In addition to the death and illness that the pandemic has caused in Malawi, it has also exposed and worsened some of the failures in the economic and social systems.

Since the country’s first COVID-19 death was reported on 7 April of this year, the pandemic has triggered a series of effects. A spike in teen pregnancies and early marriages as a result of prolonged school closures. A rise in cases of rape and sexual assault, with people confined indoors and women unable to get help. Attacks on the elderly. A massive loss of jobs and income. Failures in the healthcare system.

In response, more than  20 United Nations entities have worked with national authorities to ensure the food security of millions of Malawians; provide essential medicines to health facilities, increase antiretroviral therapy coverage; promote human rights for all persons living in Malawi; and support the continued consolidation of democracy.

The UN’s support in Malawi goes beyond the current public health crisis. The UN is also supporting the government’s efforts on climate change. That larger crisis was discussed recently in an address by President Lazarus Chakwera. He spoke about protecting Malawi’s freshwater bodies and green forests, maintaining the country’s treasured animal and plant species, and working closely with communities to find clean energy alternatives, expand the use of smart agriculture techniques, and generate more green jobs and markets.

Such work on the climate helps not only Malawi, but the world. The climate crisis crosses national borders, and no country is immune. The more that each country does to address the crisis, the better off all other countries will be.

Malawi brings its own special spirit of internationalism to the UN. Malawi is the Global Coordinator for the UN’s Least Developed Country group. It is slated to become president of the Southern African Development Community, and has recently been elected to the UN Human Rights Council.

Malawi is an example for other countries, working with the UN and the entire international community to make ours a world where all people can—in the words of the UN Charter signed 75 years ago—enjoy “better standards of life in larger freedom.” 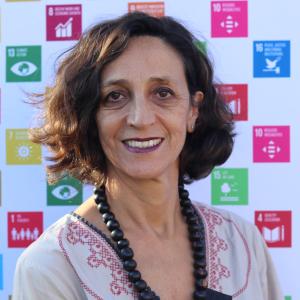