Bracing for Covid-19 pandemic in Malawi

The country reported its first death from Covid-19 on 7 April. With support from UN agencies, the government is working to keep that number as low as possible. 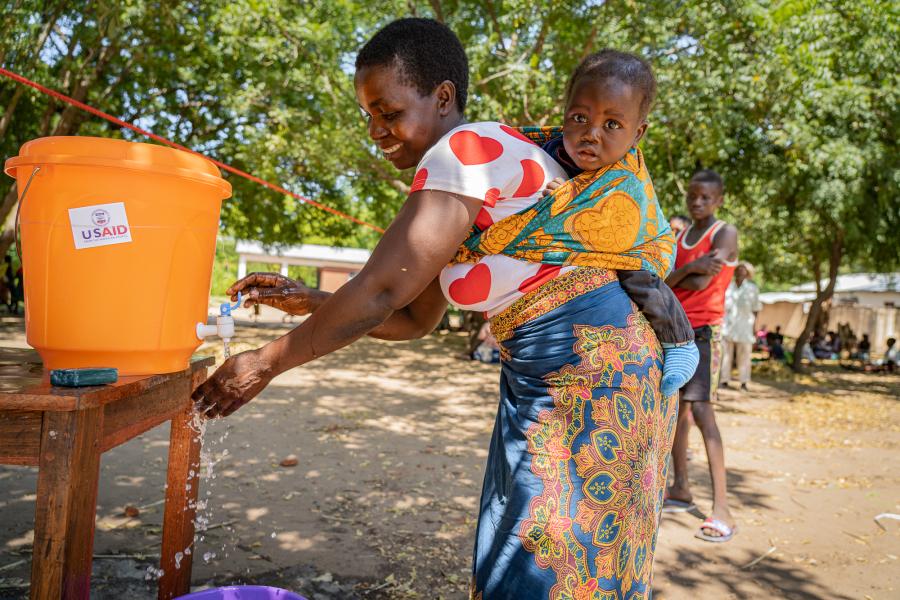 Alinafe Nhlane, a subsistence farmer, washes her hands at a cash distribution site. She is one of nearly 350,000 people who have received emergency cash payments for food.
Photo | United Nations photo: WFP/Badre Bahaji

How do you prepare for a pandemic?

That’s the big question facing Malawi, a country of 18 million people that is known as “the warm heart of Africa,” for its friendly spirit.

The country reported its first death from Covid-19 on 7 April. With support from UN agencies, the government is working to keep that number as low as possible. They can’t afford not to.

Malawi is one of the poorest countries in the world, ranking 172 out of 189 countries and territories on the Human Development Index.

“Covid-19 could have a disastrously high toll in Malawi,” says the UN Resident Coordinator, Maria Jose Torres. “Even a fairly low number of cases could overwhelm the health system, cause food shortages, and reverse the path of progress the country has been on in recent years.”

Torres says that a systematic approach is needed to avoid that scenario. “We’ve got to make sure that people have the supplies and knowledge they need to stay safe.”

Filling in the food gap

“In March last year, floods washed away my crop field and demolished my house,” says Alinafe Nhlane, a 33-year-old mother and subsistence farmer in Muona Village.

Nhlane grows maize. She knows when to clear the land in preparation for planting, how to space the rows of seeds, what kind of fertilizer to use, and when to harvest.

Those are important skills in Malawi, where a Chewa-language maxim says, Chimanga ndi moyo: Maize is life. It is the main staple food in the country, and is commonly eaten as a hard porridge called nsima.

But, as Nhlane says, her fields were flooded last year, in the wake of Cyclone Idai. The storm had been downgraded to a tropical depression by the time it reached Malawi, but that didn’t stop it from bursting damns, flooding crops, and leaving nearly 90,000 people homeless or displaced.

“Because of the flooding, I harvested only four bags of maize, which took me up to early July. Since then I’ve been doing piecemeal labour to feed my two children,” she says. The most recent addition to her family is Albert, age 18 months.

Nhlane’s situation is typical of millions of Malawians: A subsistence farmer catching up from the losses of last year, and in need of food before the harvest season. All this, just as Covid-19 looms. 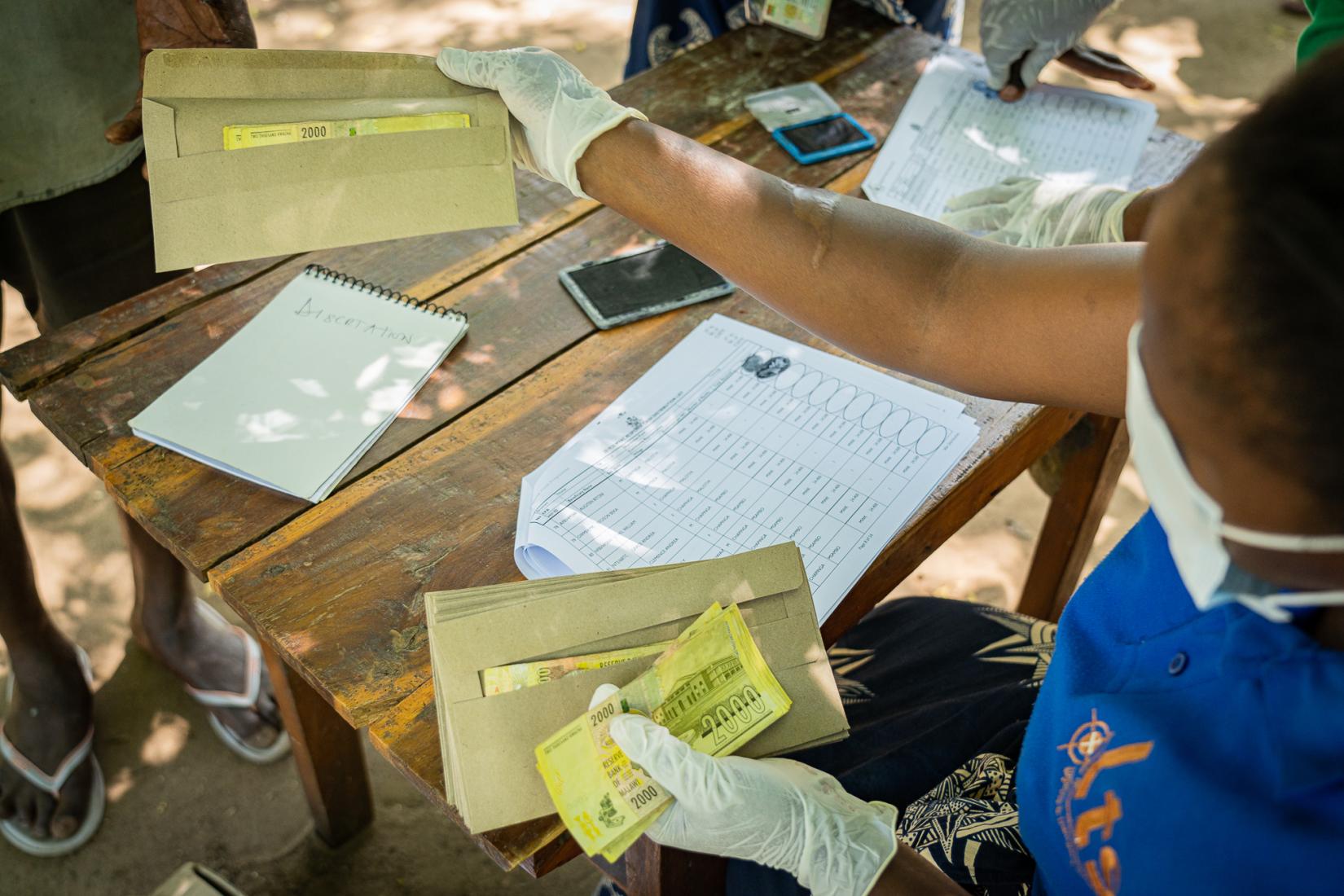 To address the immediate need, the World Food Programme (WFP) has distributed cash to almost 350,000 vulnerable people in the country’s most food-insecure districts. Nhlane received about US $33, “which I will use to buy maize, cooking oil, beans, and fruits for my children,” she says. The assistance payments are supported by the US and UK governments.

At distribution sites, people receive not just cash but also lifesaving information about the virus. “People put that information to use right away,” says Caroline Allan, District Health Officer for Nsanje. “People stay at a safe distance from one another in line, and wash their hands before they get assistance. That way, the instruction gets backed up by some hands-on practice.”

No stranger to disease

Malawi is no stranger to health crises. A million adults are living with HIV/AIDS, and about a million children have been orphaned by the disease. That’s not to mention the annual toll of infectious diseases such as hepatitis A, malaria, rabies, schistosomiasis, and typhoid. 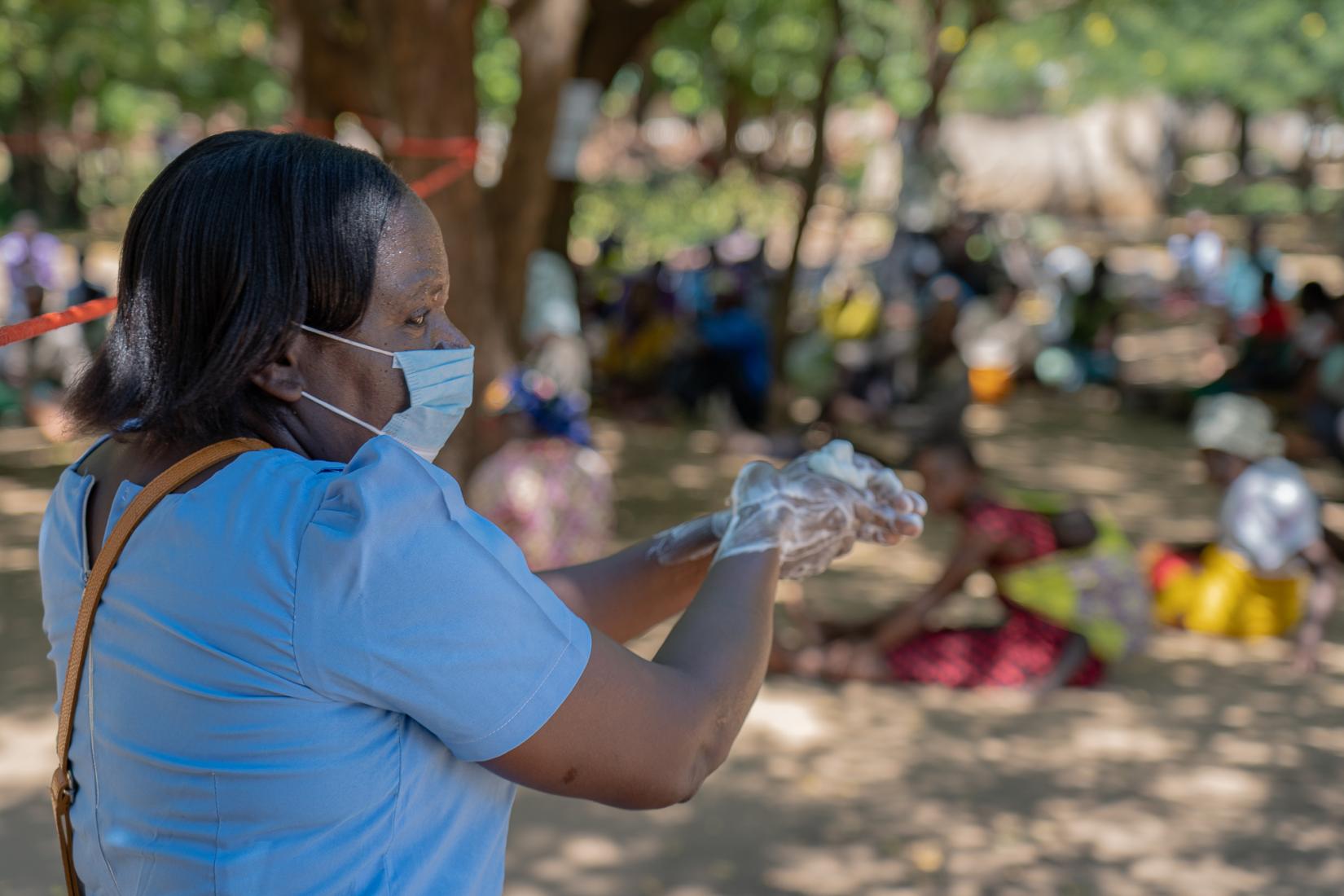 With support from UK Aid, UNICEF is working with partners to deliver water, sanitation, and hygiene (WASH) supplies, so communities are prepared. So far, over 24,000 units of chlorine powder drums, water buckets, water testing kits, laundry soap, hygiene education materials, and portable toilets have been distributed to emergency treatment units in four districts.

“WASH supplies are beneficial only if people use them properly,” says the UN’s Maria Jose Torres. “That’s why the UN in Malawi is working to make sure people learn exactly what they need to do to keep themselves, their families, and their country safe.”

Printed information about Covid-19 is being distributed throughout rural Malawi by UNICEF, the World Health Organization, the Food and Agriculture Organization, and other UN agencies, all with the support of the European Union and UK Aid.

In the Chiradzulu district, for example, 1,000 posters have been distributed to health facilities, agricultural centres, households with pregnant women, and local nutrition and hygiene “care groups.”

Nobody can do it alone

“Community groups are vital to this prevention effort,” says Torres. “The UN can’t do it alone. Government can’t do it alone. People need to hear messages from those they know and trust.” The UN is working with the Ministry of Health to convene community leaders to decide on the best ways to share prevention messages.

“Our borders with other countries are very busy,” says Paramount Chief Kyungu, who took part in one such convening. His tribal territory includes two districts next to Tanzania. Movement across borders is heavy with traders, workers, and refugees. After all, people need to transport food, make a living, and escape violence in their homelands.

At the same time, says Kyungu, “We need measures to address the spread of the virus.” He is working with the UN, government, and other community groups on the best ways to communicate about Covid-19.

So, how do you prepare for a pandemic? “Together,” says Kyungu. “Together as one we can fight the coronavirus.” 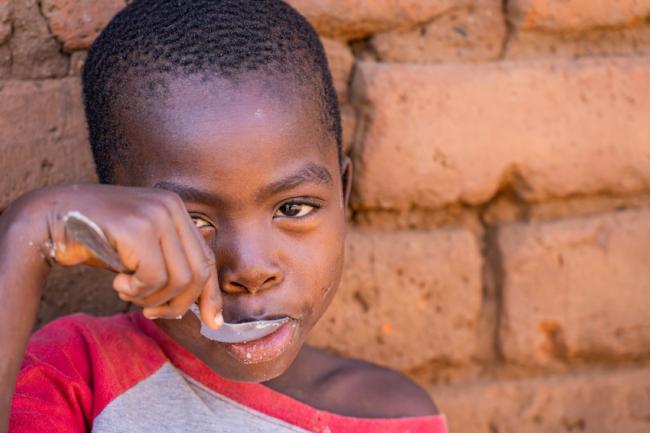 Malawi: ‘My biggest fear is coronavirus will keep the school closed’ 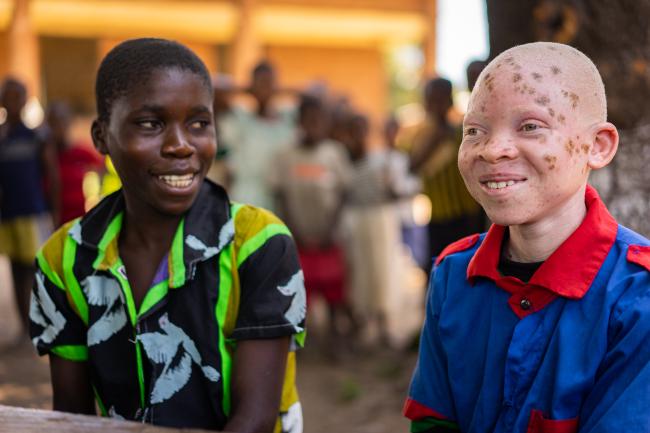