We have seen positive trends on tackling poverty, health, as well as gender equality and the empowerment of women and girls.

I so would have wished for all us to be together in person in Lilongwe for the Africa Regional Review Meeting.

I hope you and your loved ones all do well in these trying times!

At least, we can connect with you all virtually.

My first order of business is to express my gratitude to the Vice President, as well as President Lazarus Chakwera and the Government of Malawi for your inspiring leadership in steering the group of Least Developed Countries at the United Nations.

I thank you for your strong commitment to making next week’s Africa Regional Review meeting a success.

The challenges are complex.

I refer to what is a major game changer and what has hit us all over the globe since now a good year: the COV ID-19 pandemic.

We are in the midst of a global health, economic and I add social crisis, but Africa’s Least Developed Countries have long been on the frontlines of the fight against poverty and many other global crises and threats.

With 33 of the 46 Least Developed Countries located in Africa, next week’s meeting is of special significance to your continent.

The core, the heart of the gathering is not to just review progress on sustainable development over the last 10 years the blueprint for which has been the Istanbul Programme of Action.

Equally important at next week’s discussions is how the international community can and will support development in the Least Developed Countries over the next decade.

Of course, COVID-19 will be the backdrop to next week’s discussions as Ministers from Africa’s Least Developed Countries, the United Nations and other stakeholders discuss a range of issues.

Issues ranging from overcoming the pandemic to tackling the climate crisis, strengthening trade and building more peaceful and inclusive societies.

The road to sustainable development has been and is bumpy for the Least Developed Countries. Let us also look at the many important strides made.

We have seen positive trends on tackling poverty, health, as well as gender equality and the empowerment of women and girls.

We have seen improvements on access to safe water and sanitation and progress on renewable energy.

Encouragingly, there have been significant gains on mobile network coverage and access to the internet.

On the flip side, progress has been stagnant on critical areas such as hunger, education, research and development, and the environment.

And the progress that has been made has not been consistent across all Least Developed Countries.

I am also concerned by the fact that the Least Developed Countries remain marginalized when it comes to international trade.

What has been particularly difficult to witness, is how the COVID-19 pandemic has magnified existing challenges for the Least Developed Countries. Hard won development gains are now very much under threat. Commodity prices, Foreign Direct Investment, travel, tourism and other key areas critical to the economies of Least Developed Countries have been severely affected by the pandemic.

Indeed, some economies are struggling with crippling debt, while many livelihoods are on the brink of ruin.

To make matters worse, in many instances the Least Developed Countries are being left behind in the global race to secure vaccines that can readily be deployed.

We cannot let this happen.

The key challenge for next week’s discussions centres around action.

What action is it that we need now to ensure that Africa’s Least Developed Countries can get back on track and build back better from this current crisis but also how to ensure resilience in the likely event of future crises.

Let me now turn to next year’s conference.

The conference is the opportunity to address the unfinished business of the Istanbul Programme of Action.

The conference core concern is how we build resilience and tackle new and emerging challenges. The outcome of the conference is expected to be a decade long programme of action which will coincide with the last decade of action for the Sustainable Development Goals.

This is a YOUR opportunity.

This is the venue to hammer out a concerted effort by the international community not only to achieve the Sustainable Development Goals but simultaneously ensure that the Least Developed Countries are front and centre in achieving global goals.

This is a date we cannot miss! Missing it means paving the way of being left out and being left behind!

I see several major areas where progress will be critical over the coming decade.

Strengthening international support for the graduation of the Least Developed Countries out of the category over the coming years. 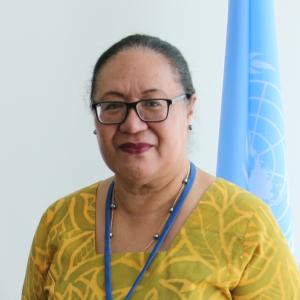