Your Excellency Mr. Csaba Kőrösi, President of the 77th Session of the General Assembly;

Leave No One Behind!

These four words are the promise at the heart of the 2030 Agenda for Sustainable Development. That is the principle this UN body committed to. But today, over three and a half years after that commitment was made, smaller nations and younger democracies around the world already feel like this was an empty promise. Today, not only do smaller nations and younger democracies like Malawi still feel left behind, but feel much farther behind than before.

For instance, we all know that Climate Change is a global problem that will never be solved unless all nations solve it together, yet months after Malawi and its SDG gains were set backwards by two tropical storms in quick succession, we have been left behind.

We all know that pandemics are a global problem that will never be solved unless all nations solve it together, yet in the rollout of vaccines and application of travel restriction, we have been left behind.

We all know that regional insecurity is a global problem that will never be solved unless all nations solve it together, yet in the participation of UN Security Council decisions that affect us, we have been left behind.

And we all know that food shortage is a global problem that will never be solved until all nations solve it together, yet in the allocation of international facilities for agro-based and debt-distressed economies, we have been left behind.

So, Mr. President, how do we get back on track? As I see it, with so many left behind, the only thing to do is to concentrate the UN’s support on the most vulnerable who are lagging behind so that they can catch up. And Malawi stands ready to do its part in using any new support we get to make up for lost ground and catch up.

On addressing the current global food crisis, Malawi is ready to catch up, having just joined the Feed the Future initiative, giving us access to new financing in the next few years to use Malawi’s vast arable land and large volumes of fresh water to develop mega farms that will feed the world and lift millions of our farmers out of subsistence living. And we are delighted that many private sector investors are flocking to us to join the agricultural revolution that is coming to Malawi, as well as investors in mining, who know that the recent discovery in Malawi of the largest deposit of rutile in the world means that Malawi’s economic rise is imminent.

On climate change mitigation and adaptation, Malawi is ready to catch up. So with COP27 around the corner in Sharm-El-Sheikh, we call for action on the pledges already made, so that Malawi and other Least Developed Countries can build resilience to climate-change induced events like floods, drought, pests, and cyclones, all projected to become more frequent and more severe.

These disasters are reversing years of developmental gains. Cyclones Ana and Gombe alone destroyed strategic infrastructure, community assets, and displaced thousands of households. And now a fifth of our people are at risk of acute food shortage as 3.6 million Malawians are facing hunger from next month until March. While we are preparing to deploy food assistance from our strategic reserves, we welcome your support with early warning systems for generating and managing climate data to reduce the impacts of disasters, as well as technical and financial capacity building in weather data analysis, modelling and forecasting to address barriers faced by farmers in accessing useful information. Our ongoing institutionalization of the National Climate Change Fund should help in this regard, as will other measures for making climate financing predictable.

Although Malawi and other Least Developed Countries contribute the least to climate change, we are committed to the global climate agenda. Malawi’s own ambition is to cut carbon emissions by half before the year 2040, and so we call for support towards our efforts to transition to clean and green energy.

On dealing with the evolving challenge of COVID-19, Malawi is again ready to catch up. Crucial to this effort is access to vaccines, and your support to our efforts to catch up in this area will strengthen our vaccine delivery systems in general. But the critical need for us is strengthening health systems more broadly to build resilience against future pandemics, which calls for investments in health infrastructure and research. In this context, the news that six African states have been chosen to produce messenger RNA vaccines in Africa is music to my ears, and I am proud of Malawi’s advocacy of this approach, as well as Malawi’s role as a co-pioneer of the Accord for a Healthier World announced by Pfizer in Davos four months ago, aimed at bringing quality medicines to 1.2 billion people in low-income countries.

These action-oriented partnerships, are examples of the importance of SDG 17 in the advancement of all other Sustainable Development Goals. We own the SDGs fully, and Malawi has so far undertaken two Voluntary National Reviews (VNRs) since 2020 to strengthen the national ownership of the same. But we see global private-public partnerships as essential to reclaiming the gains we have lost on SDGs in the recent months of global crises. It is because of our collaborative approach that we are on track in implementing 60% of the goals, and we are now in the process of reviewing the UN Sustainable Development Cooperation Framework for the period 2024 to 2028 so that it is responsive to national development plans linked to the delivery of the SDGs. And in that spirit of partnership, we also plan to make full use of the Doha Programme of Action for LDCs to catch up on SDGs even more. And speaking of LDCs, it is my pleasure as Chair to invite you to the 5th United Nations Conference of Least Developed Countries to be held in Doha, Qatar, in March, 2023, where even more partnerships will be forged around creating solutions for vulnerable countries.

One problem in desperate need of a solution for the most vulnerable LDCs is the unsustainable debt levels and distress they bear. It is not for nothing that the Scriptures, which are regarded as sacred to more than half the people on this planet, describe unsustainable debt as a form of slavery. And as leaders of generations past worked together to end old forms of slavery, so we too must work together to end this new form.

Recently, the Managing Director of the International Monetary Fund called on the world’s major lenders to show leadership by relieving vulnerable countries of the debts that are shackling them, because even loans that were given and received in good faith have become unsustainable in the recent and current climate of relentless and unforeseen external shocks. I therefore join her in reiterating that call, and I commend the People’s Republic of China for leading by example by fulfilling the pledge it made at last year’s Forum on China-Africa Cooperation (FOCAC) to forgive interestfree loans owed by 17 African countries.

Let this be the beginning of breaking the chains holding vulnerable countries back, not the end, because when we say that we are leaving no one behind, this is one way to put our money where our mouth is. Let me hasten to add that as President of a country that stands to benefit from debt-relief measures, I do not regard my country as entitled to such, and am in fact fully committed to be held accountable for the responsible use of these life jackets. I recognize that we too must prove ourselves worthy of such assistance by using it to cushion our citizens against the worsening financial volatility, trade cost, and human suffering the debt and other external factors are causing.

There must in fact be no member state in our midst that is beyond scrutiny or exempt from accountability. For that to become a reality, US President Biden’s recent call for this UN Family to defend the rights of smaller nations as equals of larger ones must not only be applauded. It must be uploaded. As African member states, we do not wish to gather here next year with no progress made on the African Union’s Ezulwini consensus, which demands two permanent seats with veto power and five nonpermanent seats for Africa. So following the strong signal of support from the US Government, we expect to see this matter on its way to the United Nations Security Council to be tabled, heard, and settled.

In that spirit of humanity, let me conclude by expressing my country’s deepest condolences to the British Royal Family and the government and people of the United Kingdom and the Commonwealth on the passing of Queen Elizabeth II, who was laid to rest on the eve of this Assembly’s High-Level Debate week.

Mr. Csaba Kőrösi, President of the 77th Session of the United Nations General Assembly, I thank you for this opportunity, and I congratulate you on your appointment, just as I wish outgoing President Abdullah Shahid the very best in his continued service to humanity and the cause to Leave No One Behind.

Thank you for listening. 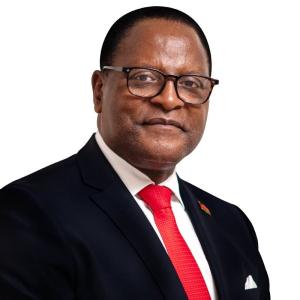