The United Nations Refugee Agency (UNHCR) has registered a total of 41,109 refugees and asylum seekers in Dzaleka Refugee Camp, located in Dowa district.

Currently, Dzaleka has reached its absorption capacity with the camp hosting over 41,000 refugees and asylum seekers, representing a 300% increase from the original 10,000 people it was initially built for. This has created a situation of congestion which requires the adoption and implementation of strategies and principles that will inherently minimize congestion related risks.

In this regard, a piece of land was identified within the designated public land boundary for

Dzaleka for the expansion of the camp. This will allow decongestion and relocation of refugees and asylum seekers from congested sections of the camp and public open spaces, such as water points. This new plot will accommodate approximately 1,000 households.

Among other unique facilities, the camp provides banking services offered by MyBucks Banking Corporation (formerly New Finance Bank) which is part of financial inclusion for refugees. The camp also boasts the first ever AppFactory to be launched in a refugee camp. The AppFactory was launched in June 2017 with support from Microsoft and trains young refugees in coding and computer programming.

Dzaleka refugee camp also hosts Yetu Community Radio which officially commenced in August 2018, following Malawi Communications Regulatory Authority (MACRA)’s award of a community radio licence to UNHCR. The community radio helps in the dissemination of crucial information to refugees and asylum seekers, including creating awareness on various services being offered in the camp by implementing partners. 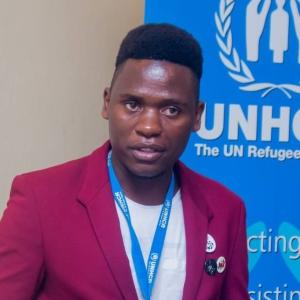