Eliminating gender based violence is possible in Malawi

Eliminating violence is not just an issue of rights and access to justice; but also, an accelerator of the development agenda for Malawi.

Every year, 25th November, is International Day for the Elimination of Violence against Women. The United Nations General Assembly designated the day for countries and individuals to reflect on violence against women across the world. This day also marks the beginning of a campaign aimed at eliminating all forms of Gender Based Violence, called 16 Days of Activism against Gender Based Violence (GBV). The theme for the 16 Days of Activism this year is; Generation Equality Stands Against Rape.

The United Nations estimates that 1 in 3 women have experienced physical or sexual violence in their lifetime, which may not even include emotional, financial and verbal abuse. The UN Secretary General, Antonio Guterres describes violence against women and girls as, “A menace which takes many forms, ranging from domestic violence to trafficking, from sexual violence in conflict to child marriage, genital mutilation and femicide, and does not only harm the individual, but also has far-reaching consequences for families and the society.”

Eliminating violence is not just an issue of rights and access to justice; but also, an accelerator of the development agenda for Malawi. Denying the rights of women and girls, is not only wrong in itself; it has a serious social and economic impact that holds us all back.  There is increasing recognition that violence against women is a major barrier to the fulfillment of human rights and a direct challenge to women’s inclusion and participation in sustainable development and sustaining peace.

Despite advances in gender equality over the last decade, Malawi ranks 145/188 on the Gender Inequality Index (GII), reflecting high levels of inequality in reproductive health, women’s empowerment, and economic activity. Additionally, violence against women and girls and harmful practices remain serious, also, the country has a lot to do in terms of women empowerment. Currently, out of the 193 parliamentary seats in the National Assembly, 44 seats are held by women representing 22.79%, posing a challenge to maximum representation and deliberation of women and girls’ issues.

Although the country has achieved gender parity in primary school enrolment, the transition rate of girls to secondary school in Malawi remains low and the drop-out rate high. UN findings indicate that 9% of girls in Malawi are married by 15 years while 46% are married by the age of 18, ranking Malawi as the 11th country globally with high cases of child marriage. Much as key drivers include attitudes that accept and tolerate the practice, poverty (especially for girls in the rural areas) has resulted in girls being married off to improve family finances. In some instances, they have been given in marriage as repayment of debts. The country is also amongst countries that have higher average rate of school years for girls than other countries in Sub-Saharan Africa. The available data on education in Malawi indicates that 62% of girls that enroll in standard 1 proceed to standard 5 and only 29% remain in school to standard 8, reasons being marriage, pregnancy and family responsibilities.

Keeping girls in school is key to protecting them from early marriage and reducing their vulnerability to Sexual and Gender Based Violence- SGBV. Additionally, school-related SGBV is a barrier to the right of learners to safe quality education. Therefore, putting in place interventions that will keep the girls in school, will enable them stay focused, make good decisions about their sexual health rights and become reliable citizens of the country. A study conducted to determine the nature and consequences of school violence in rural Malawi found that domestic violence disrupts schooling for both girls and boys, but in different ways: girls who had ever experienced domestic violence were 20 percent more likely to drop out, while boys were more likely to be absent. According to the MDHS 2015-16, 38 percent of ever-partnered women aged 15-49 years experienced intimate partner physical and/or sexual violence at least once in their lifetime.

The Government of Malawi has shown great commitment to eliminate Gender Based Violence. Malawi is party to the Convention on the Elimination of all Forms of Discrimination Against Women (CEDAW). The country’s Constitution also prohibits discrimination of persons in any form and obliges the State to promote gender equality. The Malawi Government has also adopted several policies and legal frameworks to address gender-based violence issues, including the National Gender Policy and National Action Plan to Combat Gender Based Violence in Malawi (2014-2020); Gender Equality Act, Domestic Violence Act, Deceased Estate: Wills and Inheritance Act among others. Although, this is the case, Sexual and Gender Based Violence remains a serious problem in Malawi.

Since January 2019, the United Nations in partnership with the European Union under the leadership of the Government of Malawi has embarked on a multi-year programme- The Spotlight Initiative; in six districts, namely Dowa, Ntchisi, Machinga, Nsanje, Mzimba and Nkhata-Bay to address Gender Based Violence and promote equality as stipulated in goal number 5 of the SDGs. In Malawi women constitute 51% of the total population and there are more than 5 million  girls under the age of 18. Accelerating the achievement of the SDG agenda by 2030 cannot ignore half of the population and cannot leave women and girls behind.

As UN Deputy Secretary General Amina Mohammed once said,” After all, ‘leaving no one behind’ is not a catch phrase. It is a call-to empower people, to give them a voice; to ensure inclusiveness and equality. Let’s empower our women and girls in Malawi to make irreversible the path to development and SDGs in Malawi. 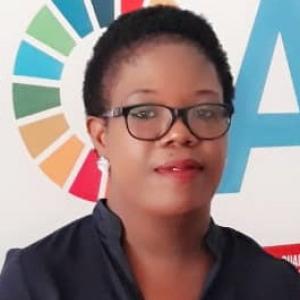