Dzaleka Refugee Camp was initially established in 1994 to host 10,000 refugees and asylum seekers but now hosts some 43,414 individuals. 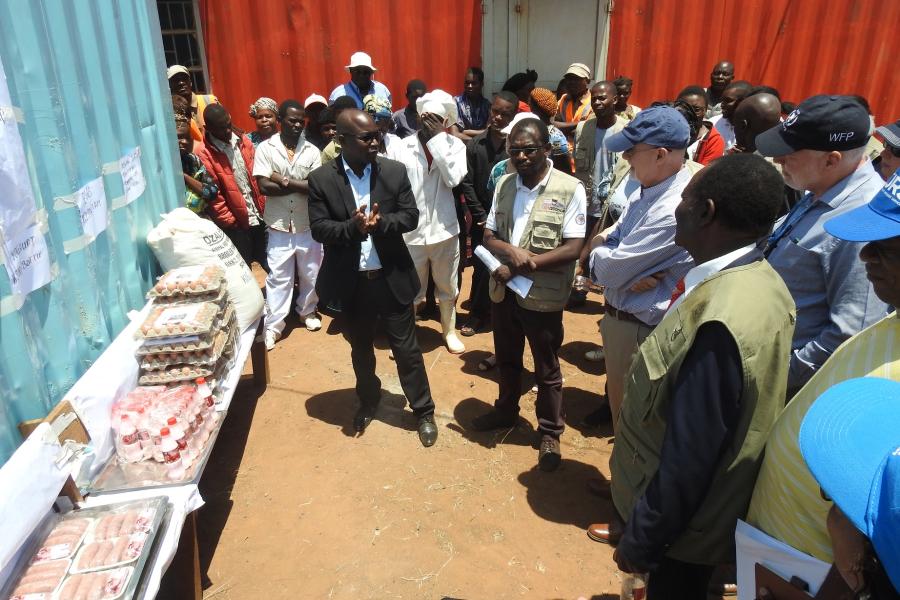 The new United States of America (USA) Ambassador to Malawi, Robert Scott on Wednesday 9 October visited Dzaleka Refugee Camp which is managed by the Government of Malawi and supported by United Nations High Commissioner for Refugees (UNHCR).

While in Dzaleka camp, Ambassador Scott met with the camp leadership and toured various components of the camp including the food distribution center, primary school, livelihood center, and health center.

The USA through the United States Agency for International Development (USAID) provides funding to help the World Food Programme (WFP) procure and distribute food commodities such as maize, beans, vegetable oil and corn-soy blend to refugee families in Malawi.

This assistance contributes to sustaining food and nutrition security for the refugees. USAID’s support to Dzaleka refugee camp is an example of how the America government partners with the Government of Malawi and UN agencies to address Malawi’s complex food security challenges. 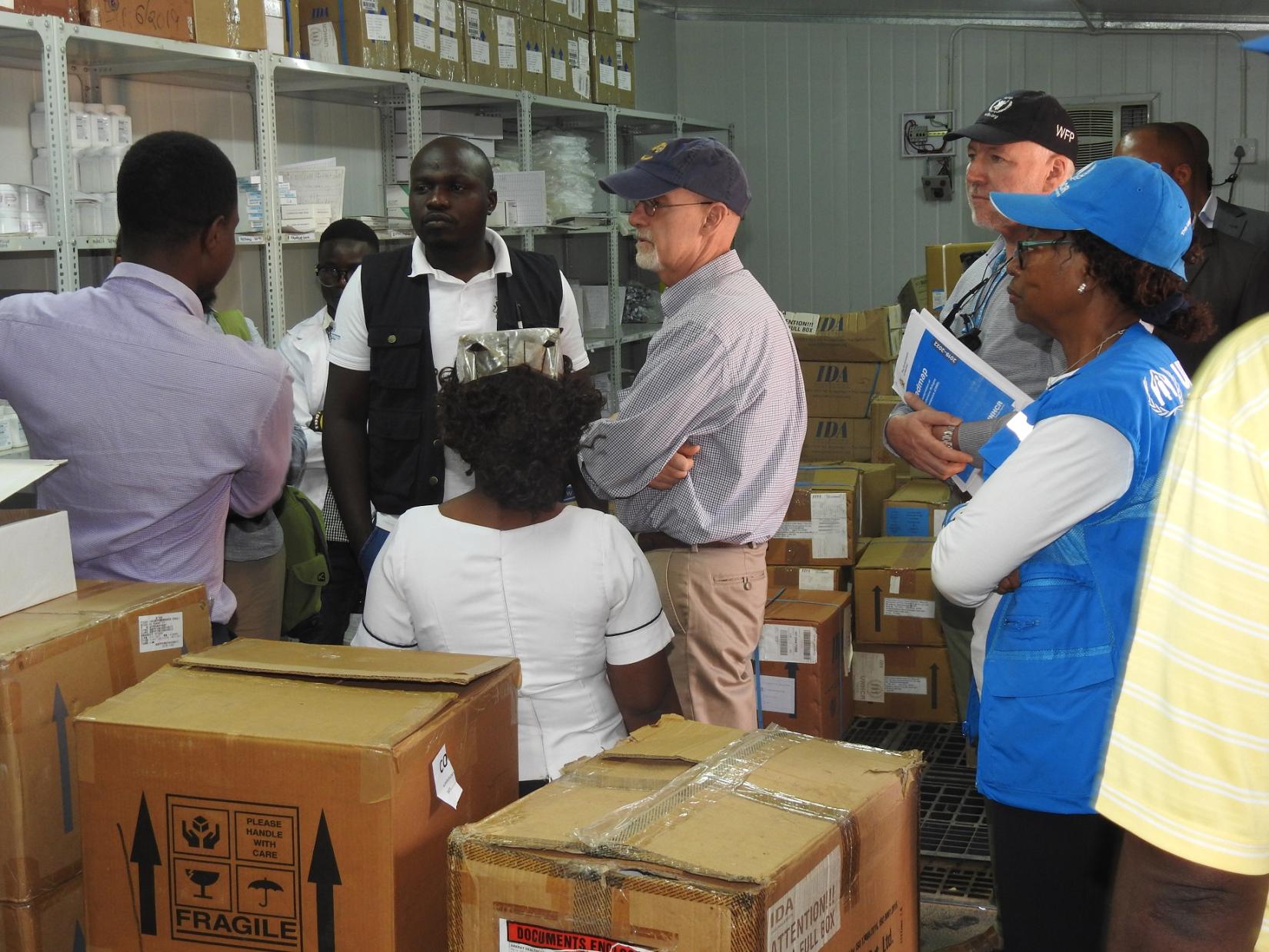 After touring the camp Ambassador Scott had this to say; “The United States is concerned with the welfare of refugee communities and coordinates closely with countries that host refugees. I congratulate the Government of Malawi, the UN Refugee Agency and WFP for being very active on their work to support the refugees and asylum seekers in Dzaleka Refugee Camp.”

In September, USAID contributed 230 metric tons (MT) of Corn Soy-Blend Plus (CSB+) valued at $335,000 USD to support nutrition programs in Malawi. WFP will use 120 MTs of this CSB+ contribution in Dzaleka Refugee Camp (targeting pregnant and lactating women and children under two-years-old).

Since 2013, the America government has contributed approximately $6 million USD to WFP to provide food assistance for refugees in Malawi. The USA’s support for food assistance in Dzaleka is closely aligned with the Government of Malawi’s strategies and priorities for supporting the welfare of refugees and host communities.

Dzaleka refugee camp was initially established in 1994 to host 10,000 refugees and asylum seekers but now hosts some 43,414 individuals mainly from Democratic Republic of Congo (DRC), Burundi and Rwanda. As a result of this congestion, the existing facilities are currently over-stretched and the limited space restricts the possibility of further expanding the existing schools. 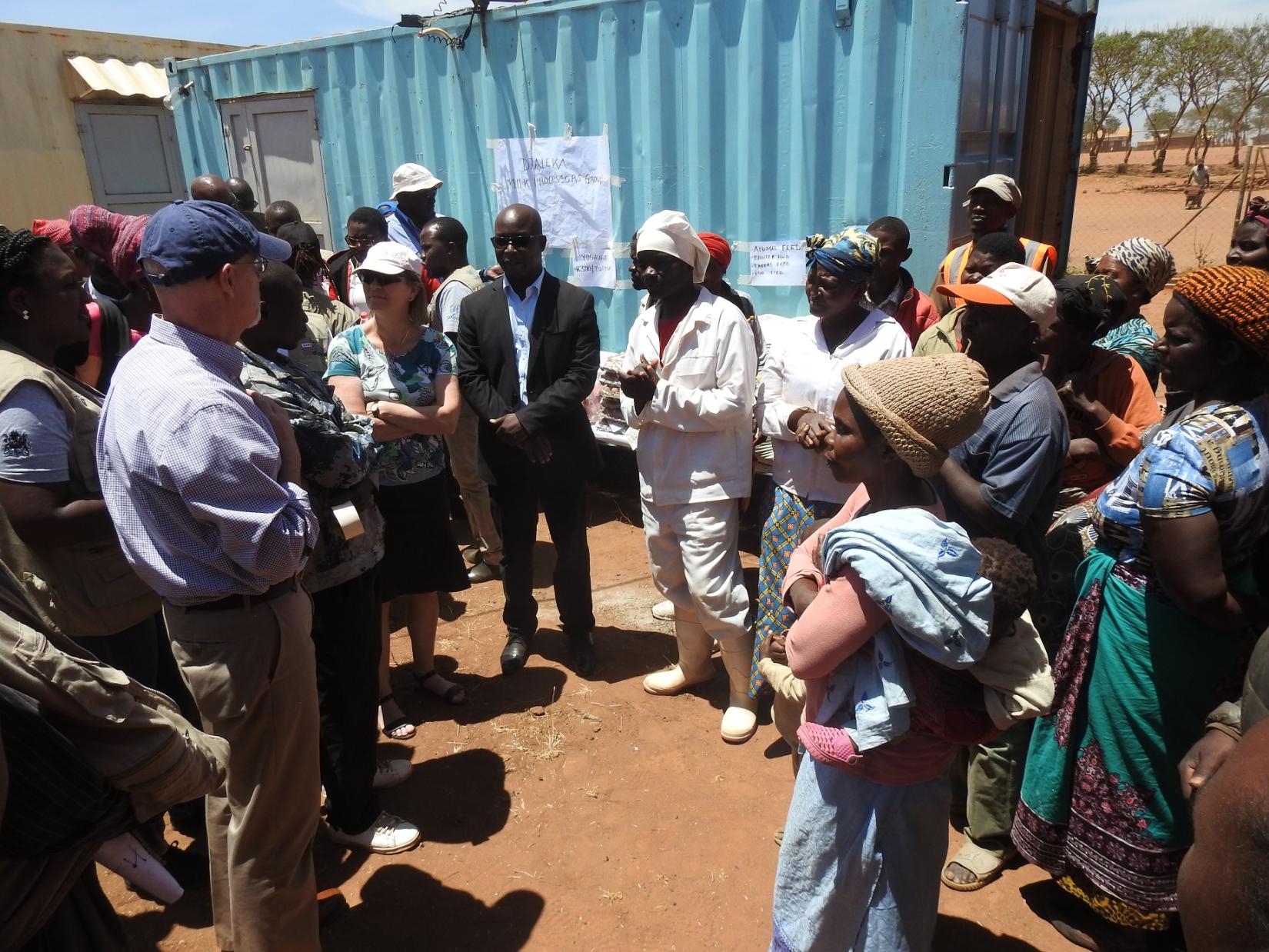 Ambassador Scott interacting with beneficiaries of a livelihood project by UNHCR and implemented through a partner CARD in Dzaleka camp.
Photo | UNHCR Malawi Rumbani Msiska

Up to 90 percent of refugees rely on food assistance, as a result of the reservations made by the Government of Malawi in which they cannot seek employment or conduct businesses outside of the camp.

The food situation has also been triggered by flow of refugees into Malawi for over two decades following political instability and social unrest in the Democratic Republic of Congo (DRC) and other parts of the Great Lakes Region. 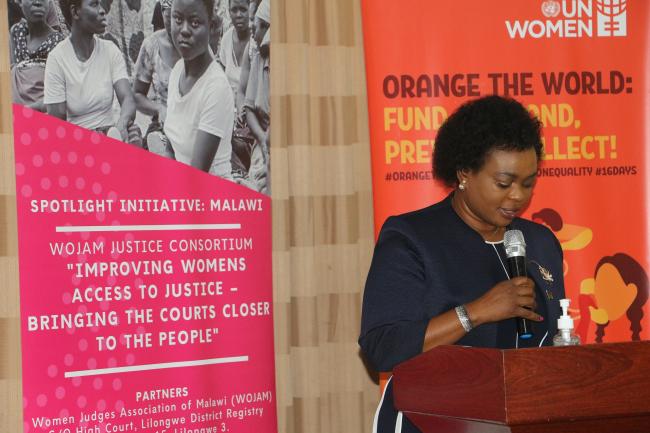 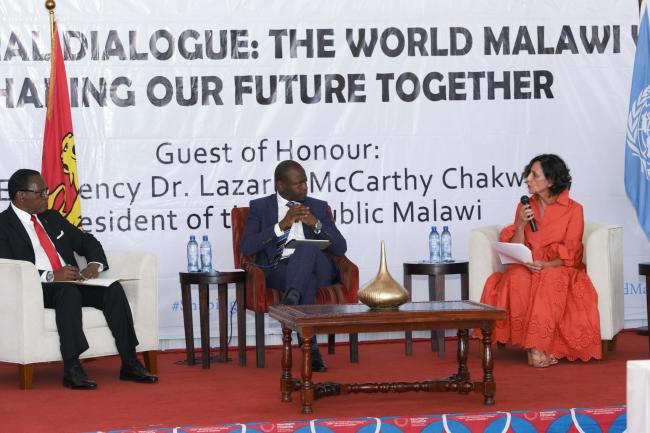