An immediate food crisis has been averted, but the root causes of food insecurity and other humanitarian needs must be addressed.

Lilongwe: Under-Secretary-General for Humanitarian Affairs and Emergency Relief Coordinator Mark Lowcock today completed a two-days visit to Malawi, during which he met Government leaders and development partners and visited Salima district to hear the stories of Malawians struggling through the current lean season.

“I have been delighted to visit Malawi for the first time since I joined the UN, and I am extremely grateful to President Mutharika and senior members of the government for their warm welcome. We have had constructive and substantive discussions especially on food security, which remains a major preoccupation for many Malawians, and on a variety of other issues. I have also been pleased to see impressive work by aid organizations who have acted quickly to help beat back rising hunger in the period between harvests,” said Mr. Lowcock.

The Humanitarian Chief called for action to address the underlying causes of food insecurity in the country now that a combination of timely humanitarian assistance and above-average rainfall this year resulted in the improvement of the food situation.

“With an immediate food crisis averted, it is tempting to relax our efforts. But action is required to tackle the root causes of chronic food insecurity in Malawi,” said Mr. Lowcock. “Diversifying the agricultural economy, adopting more market friendly policies, building resilience to deal with the reality of a changing climate and recurrent droughts, and strengthening further the social protection system are real priorities”, he added.

“We also need to continue to deliver humanitarian assistance based on need for the remainder of the current lean season to give the most vulnerable people the best chance to recover.”

After projections at the end of last year showed that 3.3 million people would be severely food insecure in Malawi between January and March, Mr. Lowcock earlier released US$10 million from the UN’s Central Emergency Response Fund (CERF).

Mr. Lowcock visited Salima to see first-hand the positive impact cash assistance and water, sanitation and health services financed from the CERF is having. With these funds, the World Food Programme, UNICEF, the World Health Organization and the UN Population Fund will be able to help over 683,000 people in nine districts over six months.

“CERF resources are especially prioritizing women and girls, who we know are especially vulnerable during periods of food insecurity. I met women who had been unable to put food on the table for their children but can now send them to school to learn with full stomachs, thanks to this assistance,” said Mr. Lowcock.

In addition to Government-provided maize, aid agencies have distributed cash in the hardest-hit districts, and supported treatment of severe acute malnutrition especially among children.

The most recent projections suggest that food production in 2019 will be better than last year. But Malawi faces a lean season every year, usually running from October to April, with millions of people across the country at risk of heightened food insecurity.

“The Government and development partners must do all they can now to ensure that each predictable lean season involves less suffering than the last,” said Mr. Lowcock. “That is key to the difficult but obtainable goal of ending recurring need in Malawi.”

Mr. Lowcock’s visit to Malawi follows a three-day mission to Zimbabwe where he saw first- hand the humanitarian effects of drought and economic shocks. 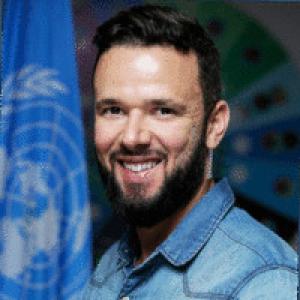 OCHA
United Nations Office for the Coordination of Humanitarian Affairs