The COVID-19 health pandemic and the resulting economic and labour market shock are having a huge impact on people’s lives and livelihoods. Unfortunately, children are often the first to suffer.

On Friday, 12 June 2020, Malawi joins the work in commemorating World Day Against Child Labour (WDACL) with a focus this year on the impact of COVID-19 on child labour, under the slogan: COVID-19: Protect Children from Child Labour, now more than ever!

“The COVID-19 health pandemic and the resulting economic and labour market shock are having a huge impact on people’s lives and livelihoods. Unfortunately, children are often the first to suffer. The crisis can push millions of vulnerable children into child labour. Globally, there are an estimated 152 million children in child labour, 72 million of which are in hazardous work. These children are now at even greater risk of facing circumstances that are even more difficult and working longer hours”, said Mr. George Okutho, Director of the International Labour Organization (ILO)'s Country Office for Zambia, Malawi and Mozambique.

Media Contacts
Author
Dylan Van Tromp
ILO
Senior Project Officer
vantromp@ilo.org
Dylan Van Tromp is the Senior Project Officer of the ILO’s regional ACCEL Africa project, and holds delegated authority to represent the ILO in the Malawi UNCT. Dylan commenced his mission in October 2019, prior to which he served as Chief Technical Advisor of development cooperation projects at the ILO Regional Office for Asia and the Pacific and the ILO Country Office for Indonesia and Timor-Leste. Dylan has more than 15 years of experience with the ILO, UNICEF, UNDP, OHCHR, non-governmental organizations, a national human rights institute, and the private sector. He holds a Master of Public and International Law (LL.M) from the University of Melbourne. 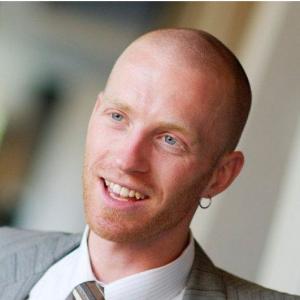